1
min read
There are several important distinctions between Bugwolf's gamified approach to manual exploratory testing and most conventional "crowdsourced" approaches... 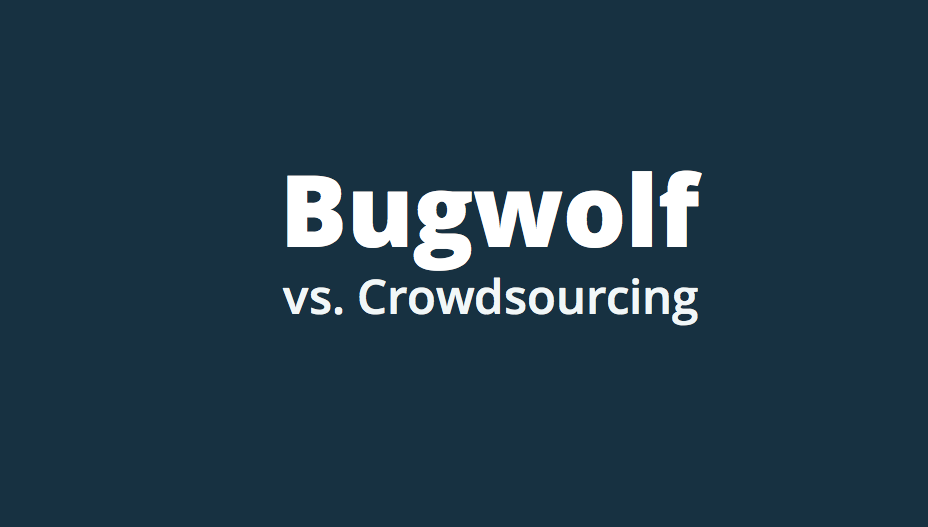 Bugwolf is not a crowd-sourced testing model. There are a number of inefficiencies with “crowd testing” which we discovered five years ago when Bugwolf was founded. Due to these, we quickly pivoted. We differ from conventional crowd testing models in four important ways:

Unlike traditional crowdsourced testing models where almost anyone can sign up, Bugwolf conducts rigorous background, security and probity checks. Due to the nature of the organisations that we work with (e.g. major banks, large government departments, etc.), we go to great lengths to ensure all compliance, security and IP considerations are covered. This protects your assets and team from the typical risks inherent in traditional crowdsourcing.

2. Fails to attract the best talent

Traditional crowdsourcing permits a large number of testers to share in a comparatively smaller reward. Consequently, it’s difficult to attract and retain high-calibre testers who can earn more elsewhere. Bugwolf takes the reverse approach. Of the thousands of applications we receive each year, only a small fraction make the cut. These elite testers are rewarded based on our proprietary algorithm, which takes into account the number of issues discovered, the severity of bugs found and the coverage the tester has achieved. This unique approach means that Bugwolf testers can earn up to 2-3X their usual hourly rate without inflating costs our clients.

Digital leaders at the dozens of ASX200 and NZ50 companies we work with surely agree that more bug reports does not equate to better quality. On the contrary, our experience has shown that three testers operating over a six-hour period for a well defined challenge will provide optimal test coverage. Traditional crowdsourcing models that rely on a large pool of testers often results in a high volume of mixed quality bug reports. These reports subsequently create large backlogs that slow down releases and impede digital quality for our clients.

Most crowdsourced testing platforms will recruit new testers for each cycle. An unexpected benefit of Bugwolf’s focused pool of approximately 50 elite testers, is that many clients actually request to use the same group of testers on an ongoing basis. The logic is that it allows testers to establish domain knowledge and a broader business context, whilst still providing a fresh, unbiased set of eyes to audit their digital assets. The result is faster, more thorough testing that is closely aligned with the client's overarching business goals.