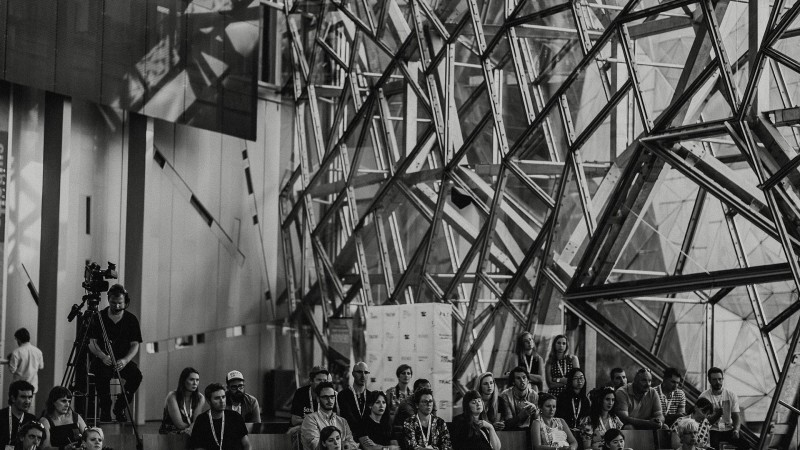 Australia’s biggest startup and innovation festival, Pause Fest, is done and dusted for another year.

As usual, the event took place in our own backyard, Melbourne, from February 8-10. This year our digital marketing manager, Kieron (@digital_kieron), went along to check out the action.

Anyone who's been to a Pause event in the past knows they're always a tonne of fun. Any time you get some of the world’s greatest minds from business, tech and creative fields, some sparks are bound to fly.

Across the three days Pause opened it’s doors to hundreds of up-and-coming Aussie startups and thousands of attendees, all taking the pulse of Melbourne’s vibrant startup scene.

This year’s edition did not disappoint.

These kind of events always provide a glimpse into what’s happening on the fringe of mainstream, but this year in particular served as a reminder that we’re on the cusp of some of the most disruptive technological changes the world has seen.

Between the presenters and exhibitors, it was amazing to see such a huge presence behind things like virtual reality, augmented reality, human-computer interfaces and artificial intelligence.

Just in case you couldn't make it, we've compiled some of our favourite distinctly Pause moments below...

For starters, check out That Startup Show interviewing Matthew Noyes about NASA's Star Wars-style holodecks and how they were being used to train astronauts. (I mean, that quite literally, only existed in science fiction even half a decade ago!)

Other attendees were spotted dining with drones (as you do at Pause I guess?)...

The Pause organizers allocated one day each to Creative, Tech, and Business. It was pretty cool to see amazing things being demoed every day, and hear speakers deliver insightful talks on topics ranging from managing brands in the Trump era to advances in AI powered chatbots and the relation of humans to tech.

From Pixar to women in tech to Trump to VR… that’s quite a lot to take in.

Keen observers may have spotted Elon Musk’s right hand man Branden Spikes, the former CIO of PayPal and SpaceX in the crowd…

We exhibited on February 9th (the "tech" day) with a whole bunch of other startups at varying stages of the startup life cycle, and attempting to solve a wide range of problems.

It was also great to see so many women at Pause, including an awesome women-only panel on VR!

Catching up with so many like-minded startups was an enlightening experience.

It’s funny… whether it’s conversations around operating on a shoestring budget, reaching target audiences, or building sustainable business models, as much as technology evolves and new seemingly unfathomable ideas come to life, the same old entrepreneurial struggles are still as relevant and present as ever.

Of course, there’s much more to Pause than just tech innovation. We loved the insights on storytelling and branding from Lucasfilm and Pixar, some of the best in the business.

Those presentations served as a valuable reminder that even in 2017 a good idea is not enough to warrant success. Not being able to connect with your end users through persuasive stories will kill you cold.

We enjoyed every moment of our time at Pause 2017, and are looking forward to the 2018 edition.

Thanks to Clare and the team at Pause for putting on such a great event and fueling the Melbourne (and AUS) startup scene. And shout out to our exhibition neighbour Nino from Lumanetix (@lumanetix) for helping us keep the banners upright every time a gust of wind blew through :) (those guys are going places with their semantic and user-centric search tools).